It would be interesting to use the narrative approach to find out how would Paul derive the notion of the resurrection in view of Christ’s suffering paradigm in Phil 3:10-11. It is believed that theological thoughts were both from the tradition heritage in the way of nesting stories or from inspiration from stories occurred within the same contemporary timeframe. We are going to analysis his experience on refiguration of this thought, and also how this affect Philippians. It is believed that the new horizon would be deduced from contestation arising from foreign narrative against the original narrative. Here, I would try to investigate Dunn’s Five-Level of Story Model in applying the nesting of stories of Paul and the Philippians Church and the deficiency in application. For the next, we would analysis through the concept of “threefold mimesis” of Hermeneutic approach of Paul Ricoeur to observe dynamics among the Paul’s own story[1], and Christ’s story/event.

In order to apply the Dunn’s Five-Level of Story Model, we need to find out the central theme across these Five-Level of Story Model. In the epistle, the stories of Christ, Paul and Philippians would be hinged by morphic language that are μορφῇ θεοῦ (“form of God”) and μορφὴν δούλου (“form of a slave”) in Phil 2:6-7, συμμορφιζόμενος (being conformed) in Phil 3:10d, σύμμορφον (conformity) in Phil. 3:21. Paul depicts different stages of the stories of Christ, Paul and Philippians in terms of the morphic language.

To apply the Five-Level of Story Model, Phil 2:6-11 which narrates the Christ-Hymn would be regarding “Level 3 – the Story of Jesus Christ”. For Phil 3:4-16, it is regarded as “Level 4 – the Story of Paul” in which Paul narrated his Pharisee-Apostle story in which he revealed his own Christian ethical belief in Phil 3:10-11. For the whole epistle, it is regard as “Level 5 – the Story of Paul’s Church” Paul was written for exhortation to Philippian Church in their current context in which Phil 3:20-21 was projecting the destiny of all believers in the future.

For Level 3, it is related to source of the transformation of Saul the Pharisee into Paul the apostle. Christ-Hymn in Phil 2:6-11 allude the transformative event happened in Damascus (Act 7:9-19) which implied from his narrative in Phil 3:7-8 for count all things as loss compared to surpassing value of knowing Christ, and earthly experience on the power of resurrection of Christ by participating in Christ’s suffering and becoming conformed to Christ’s death.

It is obvious that Christ-Hymn in Phil 2:6-11 would be regarded as Level 3 Story of Jesus Christ. Furthermore, as Dunn proposed, the “form of God”(μορφῇ θεοῦ) in Phil 2:6 is the synonym for “image of God” (εἰκόνα θεοῦ) in Gen1:27 which denotes the Adam or mankind.[2] This would be regarding the Level 1 story – “the story of God and creation”. The word μορφῇ chosen could be due to the Hymn writer’s intention of stressing the loss of image of Adam (Gen 3). However, the Hymn tends to make ambiguity on the Adam’s lost and coupled with generalizing approach to the “humility” of Christ.[3]

The “form of a slave” (μορφὴν δούλου) which nonetheless is not linguistic related, but alludes the imagery of servant in Isaiah 42-53,[4] so it is regarded as “Level 2 – the story of Israel”. The inherited tradition of Israel is longing for Messianic expectation. From Phil 2:6-11, scholar made an assumption that Paul had identified Jesus as Messiah with the Suffering Servant of Deutero-Isaiah concept, by discovering the contextual parallel to Isaiah 45-53, which may support that.[5]

The theology of Saul the Pharisee would be grounded on the basis of first two level of stories (i.e. the Story of God and creation and the Story of Israel) which would be regarded as Judaism in general, together with the rabbinic and Pharisee’s teaching. However, the Story of Christ (or the Christ’s event) is not entirely coherent with these traditional paradigms. Five-Level of story model could well explain on the concordance cases along with the flow of the nested stories, but could not help the case that discordance thoughts deviance the pre-figured tradition and triggering changes of temporal identity, caused any shift of plot from original track..[6]. Also, the dynamics between the stories in the human experience could not be explained by this model. Moreover, this model is assuming the coherent inheritance of the theological thoughts along the time but ignoring the discontinued elements within the frameworks that would affect the shifts in cultural and tradition (i.e. from “sacrificial system” in “the Story of Israel” to “martyrdom” thought raised during the Second Temple period before ”the Story of Christ” occurred). Thus, here below, I would base on the framework of Dunn’s Five-Level of story model, to investigate the reconfiguration of Paul’s theological and its influence on Philippians Church by the concept of “Threefold Mimesis” and “Nesting of stories” of Paul Ricoeur.  Then for next, we are going to explore this “Threefold Mimesis” concept…… 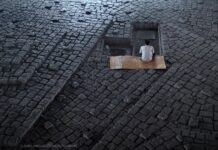 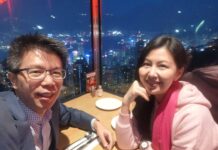 […] seeing the framework of the Dunn’s Five-Level of Story Model on the previous page, we would further see how the concept of “Threefold Mimesis” suggested by Paul Ricoeur […]

© All rights reserved by narratingGod.com
By continuing to browse the site you are agreeing to our use of cookies.
wpDiscuz
1
0
Would love your thoughts, please comment.x
()
x
| Reply
更多的故事